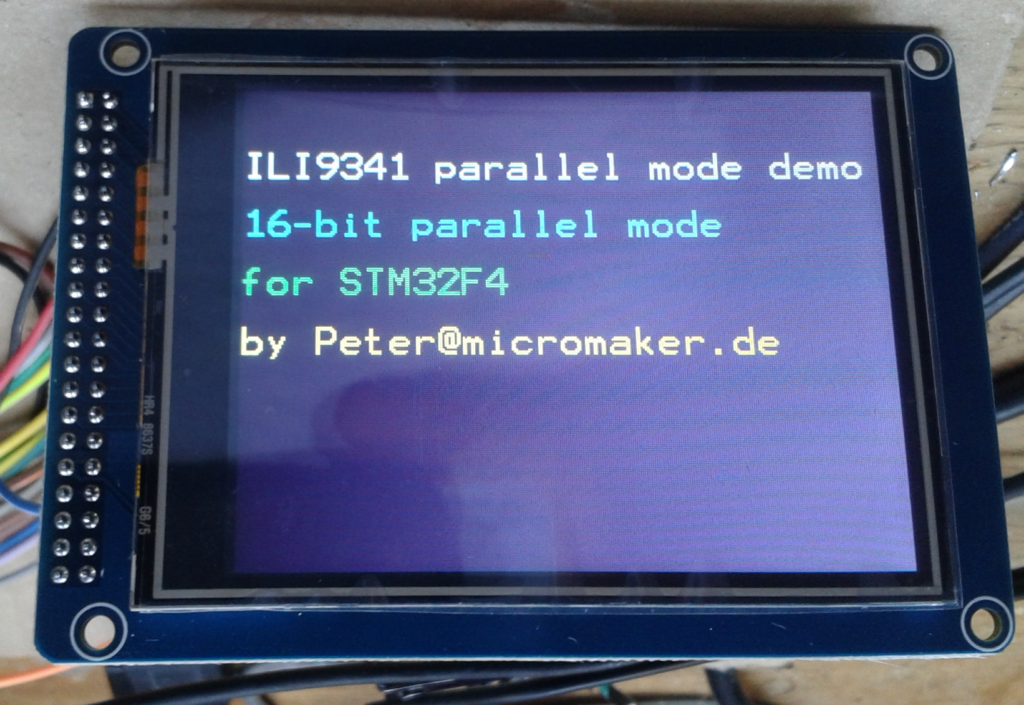 The ILI9341 is a universal display with a controller that has many features inherent. One is that this display can be driven using several interface modes. The mos common one is the serial (SPI) interface. A respective driver is described here.

Not that widespread is the parallel version of this LCD. Sometimes it is branded “CP11003”. It has 16 data lines but can be driven in an 8-bit parallel mode (D7:D0).

Hint: The respective display mode (8, 9, 16 or 18-bit parallel) has been hardware defined by the manufacturer of the display board. There are different models on the market that look more or less the same but must be distinguished in the bit number they use for the parallel interface. Thus different code must be written for the various displays. 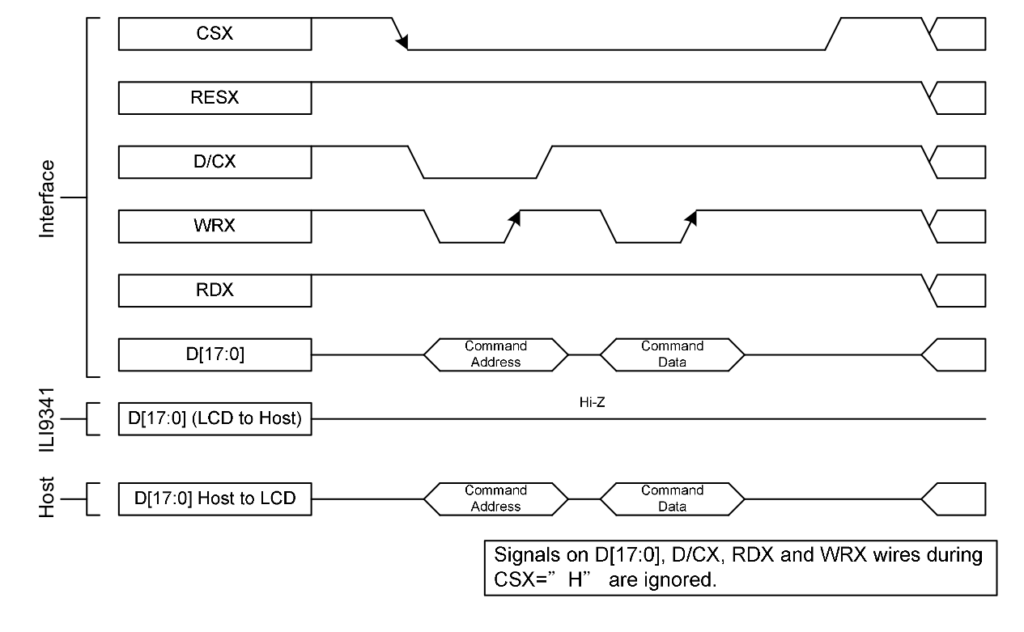 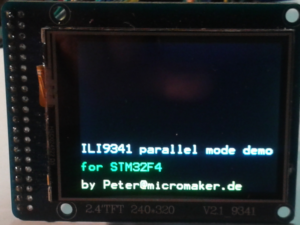 The respective function to wirte data into the display’s RAM for this module is this one. We use GPIOA (A7:A0) as data interface and the same as control interface (A11:A8):

The function to write data to the LCD is:

Before setting a pixel the location on screen must be determined. This is a two-step operation as described in data sheet of the ILI9341 (p. 83)

With this the operation is done. Higher functions are covered in a full code example on my Github repo.

This mode is a little bit different. For our example we use the following ports in an STM32F411 controller:

The function that writes data to the LCD then is:

Transmitting one 16-bit integer also changes the function that draws one pixel:

So, as you can see the differences between 8- and 16-bitt parallel mode are minor bot nonetheless crucial.

A full code example has been stored on my Github repo.